Was that what you wanted to say?

How many times have you or I been angry, and in those moment of anger said things that we wished we had not? Or perhaps in those moments, we saw opportunities to finally say what we had on our chests for ages.

Why do we wait sometimes when we are having an argument or grasp on to the final straw to let others know about the things that they are doing that upset us? Are we afraid that the relationship(s) will become tainted?

We learn that keeping things on our chests and dwelling in anger will only make matters worse. We also learn that discretion is also a good thing. Can both be right? I am a direct person, but I also know when to bite my tongue.

If a person loves someone, but that person does not love him/her back, what should that person do? And if a person offers his/her help, does that mean that the person receiving the help should show his/her gratitude by way of love?

Treated as nothing because of a disfigurement, Erik became the Phantom of the Opera and wielded his power with a heavy hand. And his love for Christine Daae was no exception. At times I felt sorry for him, you know “Oh Lord Please Don’t Let Me Be Misunderstood” sort of way, but upon reflection realized that, a person cannot force others into relationships that they do not want any part of.

Gaston Leroux’s novel was tragic, tragic in a way that showed that people want love and to be love, but at what cost?

“Are people so unhappy when they love?” Christine/ “Yes, Christine, when they love and are not sure of being loved.” Raoul from chapter 13, A Master Stroke of the Trap-Door Lover

What would you do for love?

As for the movie starring Gerard Butler. Part of the epilogue said, “Poor, unhappy Erik! Shall we pity him? Shall we curse him? He asked only to be “someone”, like everybody else. But he was too ugly. And he had to hide his genius or use it to play tricks with, when, with an ordinary face, he would have been one of the most distinguished of mankind! He had a heart that could have held the empire of the world; and, in the end, he had to content himself with a cellar. Ah, yes we must need pity the Opera Ghost!” The actor brought that to life.

But is pity a way of excusing that behavior?

We all have a desire to be happy, but what does it take for us to be just that? Here was a man when he was a boy whose father committed suicide because of all the debts he had accumulated. He left school to take care of his mother, sister and to repay those debts. Mr. Thornton endured a lot of things, and that shaped him.

“He looks like a person who would enjoy battling with every adverse thing he could meet with – enemies, winds or circumstances.” Margaret views on who he was, from chapter 9, Dressing For Tea, North and South by Elizabeth Gaskell. How much, if any, does our environment shape us? What part does it play in how we see the world, our thoughts?

He had a lot of responsibilities. He took charge. He had a hardness about him. He was softened. Perhaps a woman’s love can do that, sometimes. This book is one of my favorites, but I must admit that when I first saw the adaptation with Richard Armitage, I was disappointed. It was not the book I had read. Setting that fact aside, I watched it again, labeling it Northish and Southish. I enjoyed it.

He lost everything, but in the end found them again, including happiness. Hmm, lesson in life there. 🙂

Why do we say 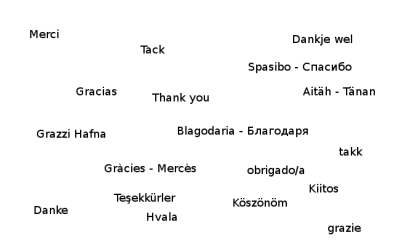 Should we be thankful for being:-

Young, old or somewhere in between?

Rich, poor, and somewhere in between?

Should we be thankful to:-

God, Family, Friends, Co-workers, Government, Blog writers and readers, Entertainers, Teachers and on and on and on.

“In everyone’s life, at some time, our inner fire goes out. It is then burst into flame by an encounter with another human being. We should all be thankful for those people who rekindle the inner spirit.” Albert Schweitzer

“I’m so thankful for the active obedience of Christ. No hope without it.”  John Gresham Machen

Can love make some people do bad things, or do some people do bad things for love? Damaged when he first arrived, Heathcliff whose, ” . . . Reserve springs from an aversion to showy displays of feeling – to manifestations of mutual kindliness. He’ll love and hate equally undercover, and esteem it a species of impertinence to be loved or hated again.” From chapter 3 of Wuthering Heights by Emily Bronte, grew even more so by the love of Catherine.

But their love was a relationship built on complications, sorrow, anger and a bliss that connected the two inexplicably.

It was not only that love that molded him, but the actions of those around him. Yes, we decide who we want to be and how we will react when others do bad things to us. And sadly for him, his reactions led him down a path of destruction of himself and others.

Miss Bronte’s book, a wonderful novel, depicts not only a love story, but the pros and cons of the two central characters that acted like a domino pushing down other dominoes. A story about love and all its mess. Love is like that, sometimes. And Laurence Olivier did a remarkable job playing him.

But we must define the meaning of a soulmate. One must decide whether it will be love or an obsession, which is dangerous. If one will toy with another person’s emotions, which should not be done. To what extent will he/she go to to protect that love, and most importantly, HOW he/she will love someone. Because it is in the how that will define his/her actions.

It is not always happy, and I guess for some, it comes as a shock. “Let love be without dissimulation.” Romans 12 vs 9

But maybe, just maybe, some of us too want a man to love us that way, perhaps absent the madness. 🙂

I guess in someway, some people have some idea of what kind of men that they are looking for. Those people that they desire to spend the rest of their lives with. They may admit that those men will be perfect fits for them. I do not believe in perfect.

Which leads me to Mr. Darcy. His imperfections:- “For he was discovered to be proud, to be above his company and above being please.” from chapter 3 of Pride and Prejudice by Jane Austen.

Those things, those imperfections were what made him stood out. His brooding, sulky and sometimes non-communicative behavior, was what made him interesting. Couple that with his opposite, Elizabeth Bennet, who had her flaws as well, and you have a fantastic love story. One that has some looking for their own “Mr. Darcy”. Or at least a modern day version to him or like him.

Colin Firth did an excellent job in the 1995 BBC/A&E adaptation to Jane Austen’s book. He captured the essence of who and what the character was about; and even today, via comments on youtube, of what some wish they have. But where can he be found? Does he exist?

The book, first called First Impressions, is a very good read. But remember when looking for your significant other, do not look for perfection, and that first impressions do not count. 🙂

Those five words and five letters

Have you ever seen the movie, A Few Good Men? No? Well I am not here to talk about the movie but five words that stood out. “You can’t handle the truth!”

Then I thought about a verse from Galatians 4 vs 16. “Am I therefore become your enemy because I tell you the truth?”

Truth, just five letters right; but letters that pack a powerful punch. Why? Because some of us are afraid to hear it. We are cautious to tell others. We hide it sometimes. We mix it up with lies. We ignore it. We dress it up to make it look better.

From blogs, TV, news, relationships, sports, school, work, government, activism, religion, music, entertainment, and on and on and on. So who are you? A truth teller? A truth denier? A truth arranger? A truth keeper?